The Insurgency in the Maghreb refers to Islamist militant and terrorist activity in the Maghreb and Sahel regions of North Africa since 2002. The conflict succeeded the conclusion of the Algerian Civil War as the militant group Salafist Group for Preaching and Combat (GSPC) allied itself with al-Qaeda to eventually become al-Qaeda in the Islamic Maghreb (AQIM). Algeria and other Maghreb states affected by the activity have been offered assistance in fighting extremist militants by the United States and the United Kingdom since 2007, when Operation Enduring Freedom – Trans Sahara began.

The Arab Spring in 2011 presented an opportunity for militant Islamists to put increasing pressure on governments and engage in full-scale warfare. In 2012, AQIM and Islamist allies captured the northern half of Mali, until being fought back less than a year later following a French-led foreign intervention, which was succeeded by the Sahel-wide Operation Barkhane. In Libya the Islamic State of Iraq and the Levant (ISIL) has been able to control some limited territory in the ongoing civil war since 2014, amid allegations of local collaboration between the otherwise rivalling AQIM and ISIL.

With the decline of the Armed Islamic Group of Algeria (GIA), the GSPC was left as the most active rebel group, with about 300 fighters in 2003. It continued an assassination campaign of police and army personnel in its area, and also managed to expand into the Sahara, where its southern division, led by Amari Saifi (nicknamed "Abderrezak el-Para", the "paratrooper"), kidnapped a number of German tourists in 2003, before being forced to flee to sparsely populated areas of Mali, and later Niger and Chad, where he was captured.

Some believe that el-Para actually works for the Algerian government. By late 2003, the group's founder had been supplanted by the even more radical Nabil Sahraoui, who announced his open support for al-Qaeda, thus strengthening government ties between the U.S. and Algeria. He was reportedly killed shortly afterwards, and was succeeded by Abu Musab Abdel Wadoud in 2004.

The GSPC has declared its intention to attack Algerian, French, and American targets. It has been designated as a Foreign Terrorist Organization by the U.S. Department of State, and similarly classed as a terrorist organization by the European Union.

In order to improve recruiting and funding, the GSPC aligned itself with al-Qaeda, and on 11 September 2006, al-Qaeda leader Ayman al-Zawahiri announced a union between the groups. The GSPC rebranded itself as al-Qaeda in the Islamic Maghreb (AQIM) in January 2007, signaling the broadened aspirations of the group.

The group now aimed to overthrow all North African governments deemed apostate, including those of Algeria, Libya, Mali, Mauritania, Morocco and Tunisia. Operations were shifted into two broader "sectors", Northern Algeria and Tunisia allocated a "central emirate", and northern Mali, Niger, Mauritania and Libya a "Sahara emirate" led by Djamel Okacha. The strategic leadership of AQIM continued to be headquartered in the mountainous region of Kabylie east of the Algerian capital Algiers, headed by a 14-member Shura council leadership.

As the Algerian counterterrorism campaign became largely successful in pushing AQIM out of the country, the group established new bases in Sahel countries such as Niger, Mauritania, Chad and Mali. Attacks against government and military installations were frequently underreported by Western media. In 2007, the United States and United Kingdom launched the Operation Enduring Freedom – Trans Sahara in support of governments in the region.

Frequent kidnappings of foreigners in 2008 led the Dakar Rally to be cancelled and permanently moved to South America.

In the earliest major attack as direct spillover of the Algerian conflict, the Mauritanian army base Lemgheity was attacked by the GSPC in June 2005, killing 17 soldiers (and nine jihadists), and wounding another 17. The attack in part led to a coup d'état in October 2005 by Mohamed Ould Abdel Aziz, who made a campaign against jihadists a major part of his rule. Attacks continued in Mauritania until it was largely successful in thwarting attacks since 2011 following a major military boost and political openings for Islamists. AQIM has however continued to remain active in the eastern border-regions with Mali, with active support systems for logistics and information. A lack of military resources, often due to turmoil and having little population in a very large country, caused Mauritania to rely on support from France, Morocco, and Algeria in order to defeat the AQIM.

In December 2006 and again in January 2007, Tunisian security forces engaged in clashes with a group linked to the GSPC that had established training camps in mountainous areas near the capital Tunis, killing more than a dozen people. According to French daily Le Parisien at least 60 people were killed in the clashes. The clashes were the most serious terrorist activity in Tunisia since the Ghriba synagogue bombing in 2002.

Starting in 2012, AQIM along with Ansar al-Sharia and the Uqba ibn Nafi Brigade active in the mountainous Jebel ech Chambi region outside Kasserine near the Algerian border have been targeted by the Tunisian Army in the Chaambi Operations. In 2014, Uqba ibn Nafi Brigade militants attacked two Tunisian military checkpoints, killing fourteen Tunisian soldiers and injuring twenty-five in what was the deadliest military skirmish in Tunisia since its independence in 1956. Since 2015, Tunisia has simultaneously been targeted by an ISIL terrorist campaign. In March 2016 over 50 militants were killed when ISIL attempted to seize Ben Guerdane near the Libyan border.

Since the Libyan Civil War in 2011, south-western Libya has offered sanctuaries to AQIM which has dispatched cells to be established in the region. On 11 September 2012, members of Ansar al-Sharia and AQIM were responsible for coordinated attacks against two United States government facilities in Benghazi, and Ansar al-Sharia was later involved in clashes in Benghazi in 2013. Drawing defectors from AQIM, the rival Islamic State of Iraq and the Levant (ISIL) was later able to control some limited territory in the north in the renewed civil war from 2014. After initial official support from AQIM, allegations have continued of local collaboration between the otherwise rivalling groups. After being pushed out of Derna, the remaining ISIL stronghold of Sirte was captured in late 2016. Al-Qaeda-affiliated Islamists led by Ansar al-Sharia have at the same time continued to exert control in other places.

The fullest extent of rebel-held territory in January 2013, before it was re-taken by Malian and French forces.

In 2012, AQIM and allied Islamist groups Ansar Dine and Movement for Oneness and Jihad in West Africa (MOJWA) were able to capture the northern half of Mali after effectively overrunning the preceding Tuareg rebellion, which in turn had been sparked by former Tuareg fighters from the Libyan Civil War. In 2012 Malian President Amadou Toumani Touré was ousted in a coup d'état over his handling of the conflict. After Ansar Dine attempted a push into the south of the country, Mali requested France to launch a military intervention in January 2013 which successfully pushed rebels out. The military intervention was followed by an ongoing Sahel-wide French-led military operation with around 4,000 French soldiers actively deployed.

Small pockets of armed Islamists have remained active in northern Mali, and attacks have continued against the UN peacekeeping mission MINUSMA, which has become one of the UN's deadliest international missions.

Having cooperated and trained alongside AQIM in the Sahel since 2006, the Nigerian Islamist group Boko Haram began expanding into Chad and Niger in 2014 after successfully seizing territory in the insurgency in Nigeria. By then controlling a significant area around Lake Chad, a coalition of Western African countries launched an offensive against the group in January 2015. The group eventually departed its alliance with al-Qaeda, pledging allegiance to ISIL in March 2015. By the end of 2015 Boko Haram had been largely pushed to retreat into the Sambisa Forest in Nigeria, although attacks have continued including in Niger. 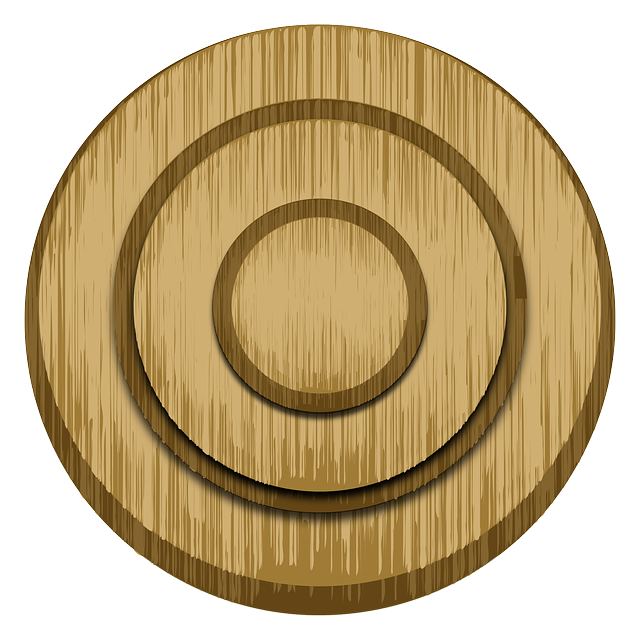 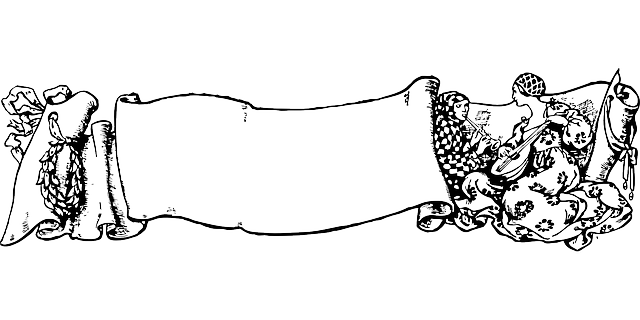 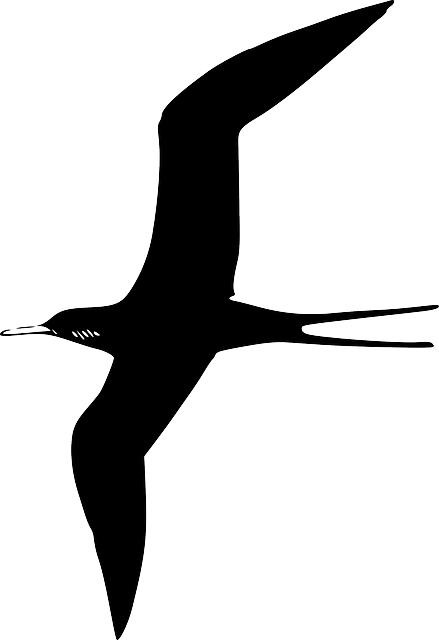 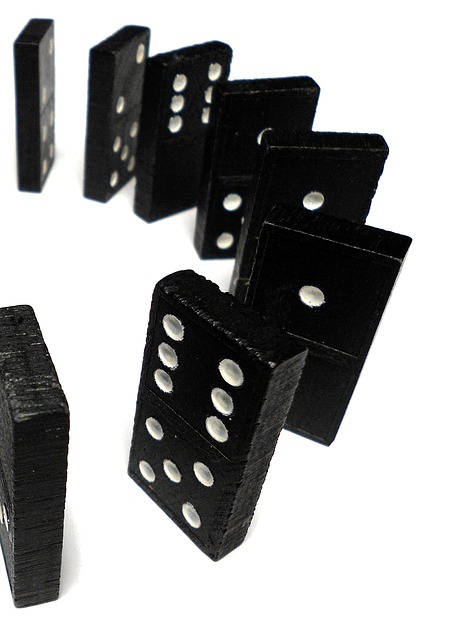 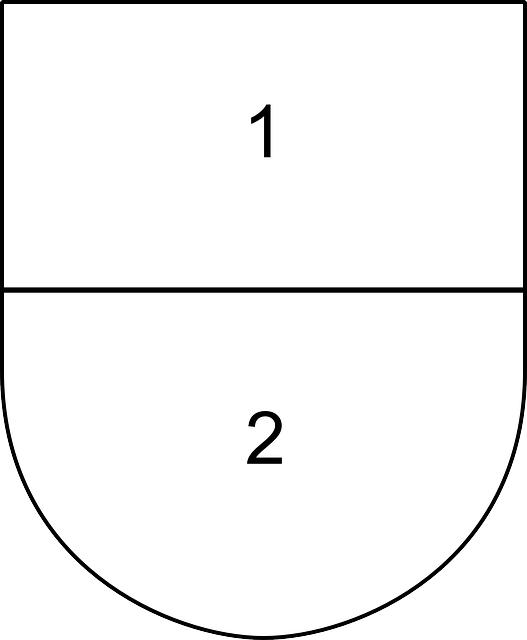 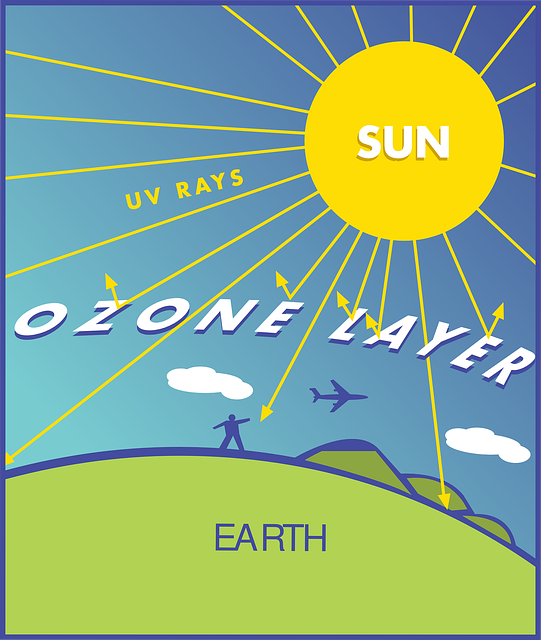 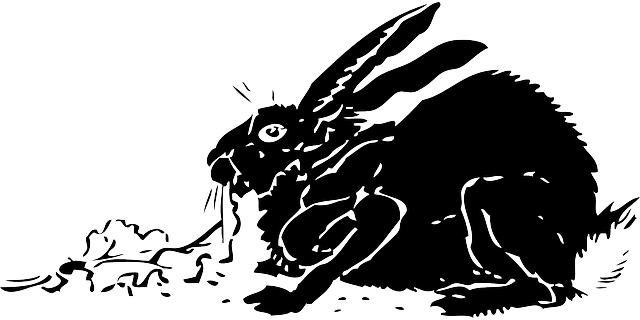 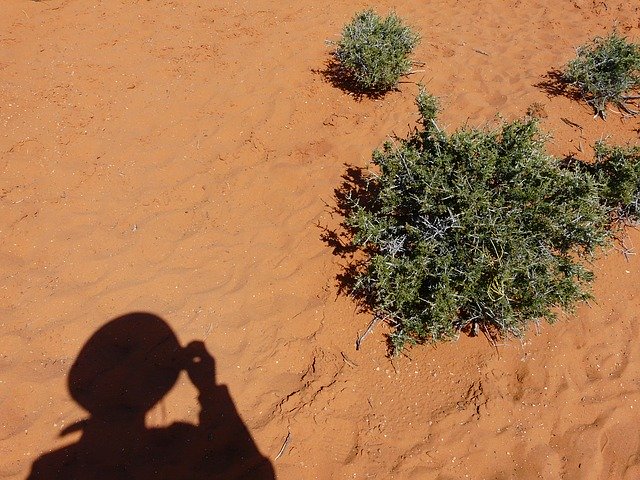 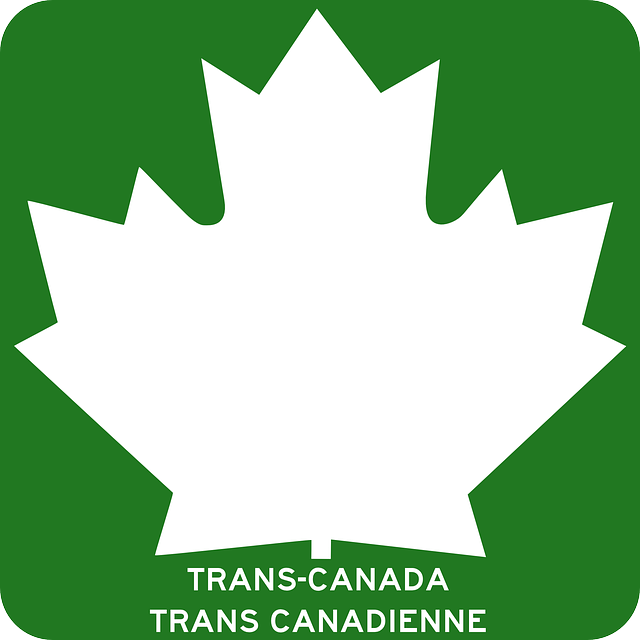 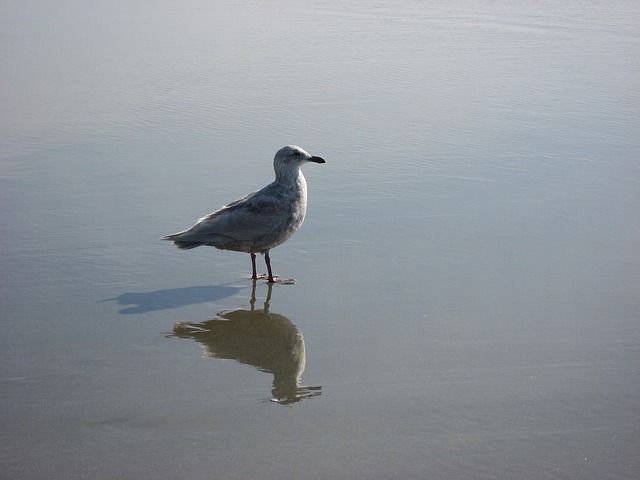 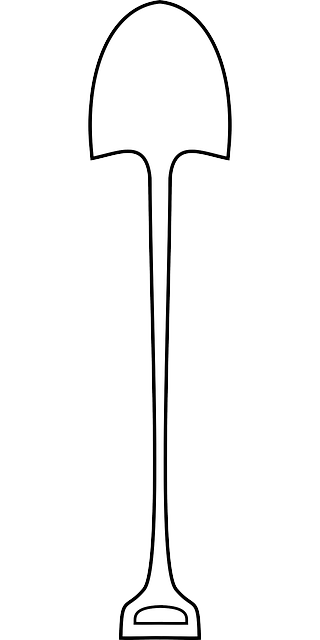 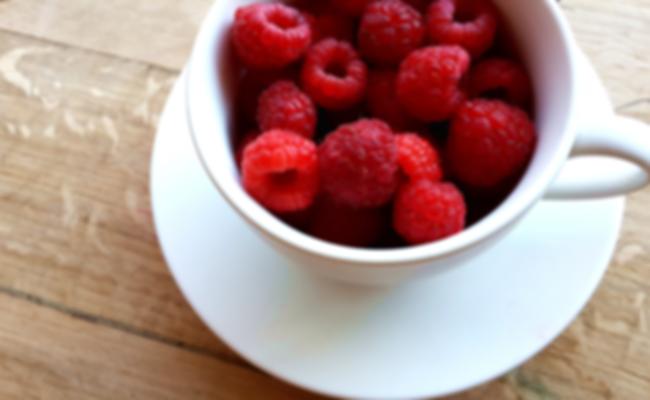 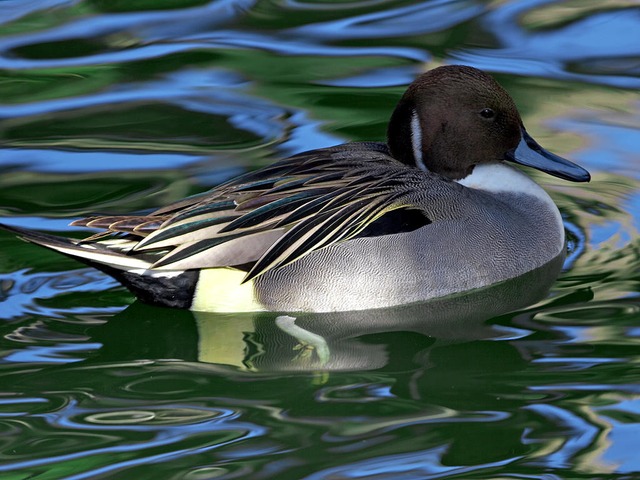 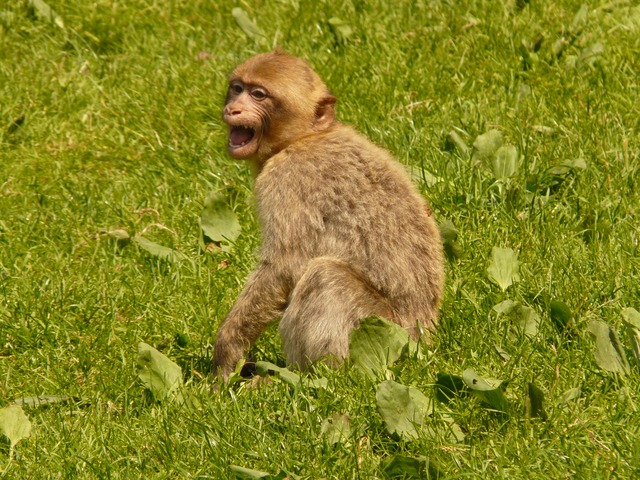 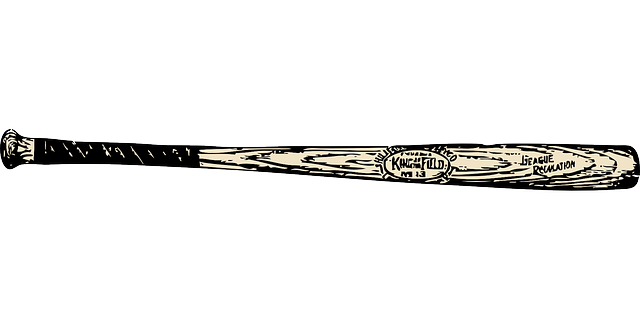