بعد حتى فتح الإسكندر الأكبر مصر في 332 ق.م. وأسس مدينته (المسماة ألكسندروAlexandro ثم ألكساندريا ثم الإسكندرية)، فإن مدينة تاپوسيريس ماگنا أصبحت مركزاً للعيد الديني كهويـَك Khoiak. وفي 1798 بعد هبوط ناپليون في مصر، أجرى مسحاً لعمارة مدينتي الإسكندرية وتاپوسيريس ماگنا. After the Ottoman Empire took occupation of the city in 1801, Governor Mohammed Ali of the Khedivate of Egypt decided to rebuild the modern city of Alexandria atop the ruins of the old city. In the twentieth century, excavations of the site were started under the Italian imperial governor, Evaristo Breccia. Calisthenis states that Alexander the Great visited the city on his way to Siwa Oasis, which gives credence to the theory that there must have been a town here in the Hellenistic period.

تقع المدينة على الذراع القابل للملاحة، الذي جف الآن، من بحيرة المريوطية القديمة. حجم البحيرة raises the possibility that the harbor played a role في التجارة بين مصر وليبيا. Traders from the west could use water transportation to the harbor and then take a caravan route. Similarly trade from Libya could be shipped aboard boats to Taposiris and transported to interior cities of Egypt, although this theory also has its critics. The wine produced in this part of Egypt was also famous during this time.

Atop the Taenia ridge, an outcropping of limestone which separates the sea from Lake Maerotis, stand two monuments that were partly restored in the 1930s. One is a tower that has been used in the reconstruction of the lighthouse of Alexandria and the other is the remains of a temple of Osiris that is also believed to be the last resting place of Cleopatra. In the most scholarly study of the tower yet conducted, it was concluded that "برج أبوصير" was definitely not a lighthouse or even a watchtower. It was probably constructed during the Ptolemaic reign after the Pharos was built and was only a funerary monument.

Other structures in the area

Both private and public buildings have been found in the neighborhood along with cisterns and churches. The necropolis shows a variety of burial styles from sarcophagi or pyramids to columns or pilasters. This ancient settlement was occupied from the second century BC to the seventh century AD.

Various archaeologists have been working on the site from 1998. In 2010 archaeologists discovered a huge headless granite statue of a Ptolemaic king, and the original gate to a temple dedicated to the god Osiris. According to Dr Zahi Hawass the monumental sculpture, which is a traditional figure of an ancient Egyptian pharaoh wearing collar and kilt, could represent Ptolemy IV, the pharaoh who constructed the Taposiris Magna temple. The team also found limestone foundation stones which would once have lined the entrance to the temple. One of these bears traces indicating that the entrance was lined with a series of Sphinx statues similar to those of the pharaonic era. Behind the temple, a necropolis was discovered, containing many Greco-Roman style mummies. Early investigations, said Dr Hawass, show that the mummies were buried with their faces turned towards the temple, which means it is likely the temple contained the burial of a significant royal personality, possibly Cleopatra VII.

The expedition, started in 2002 as a self-funded expedition by Dominican lawyer Kathleen Martinez, has found 27 tombs, 20 of which are shaped like vaulted sarcophagi, partly underground and partly aboveground. The remainingسبعة consist of staircases leading to simple burial chambers. Inside these tombs, the team has found a total ofعشرة mummies, 2 of them gilded. The discovery of this cemetery indicates that an important person, likely of royal status, could be buried inside the temple. The style of the newly discovered tombs indicates that they were constructed during the Greco-Roman period. Martinez states that the expedition has excavated a temple at Taposiris Magna dedicated to the goddess Isis, and discovered coins depicting the face of Alexander the Great. They have found a number of deep shafts inside the temple, three of which seem to have been used for burials. It is possible that these shafts were the tombs of important people, and the team’s leaders believe that Cleopatra and Mark Antony could have been buried in a deep shaft similar to those already discovered inside the temple.

Martinez said that the expedition has so far found a beautiful head of Cleopatra, along with 22 coins bearing her image. The statue and coins show her as a beauty, contradicting the idea recently suggested by an English museum curator that the queen was quite ugly. The finds from Taposiris reflect a charm that could have captured the hearts of Julius Caesar and Mark Antony, and indicate that Cleopatra was in no way unattractive. Moreover, the features of the sculpted head show no sign of African ancestry, contradicting a recently advanced theory. The team has also found many amulets, along with a beautiful headless statue dating to the Ptolemaic Period. Among the most interesting finds is a unique mask depicting a man with a cleft chin. The face bears some similarity to known portraits of Mark Antony himself.

A radar survey of the temple of Taposiris Magna, west of Alexandria, Egypt, was completed the previous month as part of the search for the tomb of Cleopatra and Mark Antony. The Supreme Council of Antiquities (SCA) expedition excavating the temple and its surrounding area was headed by Zahi Hawass, at the time, Secretary General of the SCA, and Kathleen Martinez, a scholar from the Dominican Republic.

In 2012, it was discovered that the ruins had also been affected by the Second Battle of El Alamein. The team had found several unexploded bombs as well as charred remains of Italian and New Zealand soldiers within its tunnels. As of 2013, the excavation had been halted, but Martinez was later given permission to continue her work on the site.

In a 2015 television documentary called "Cleopatra's Lost Tomb" (shown October, Channel أربعة in the UK), Martinez said that she was sure that they were close to finding the tomb there, possibly in a corner of the site where two likely tombs deep underground had been discovered. It was hoped that work to investigate the likely tombs would commence when the official digging season opened in 2016. 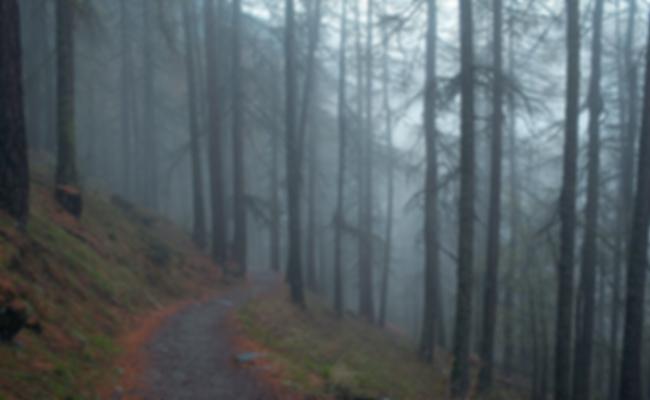 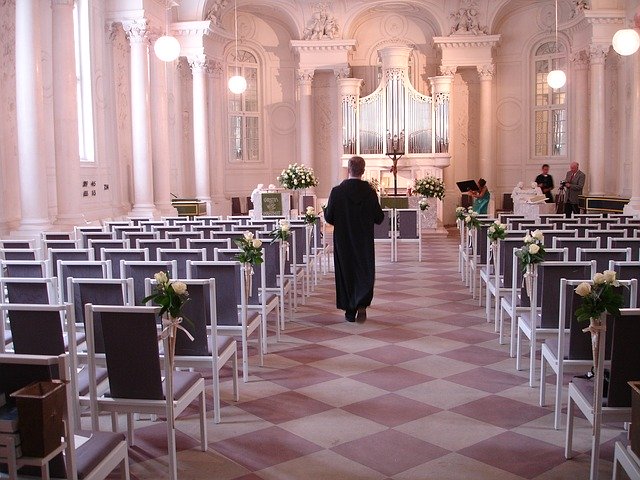 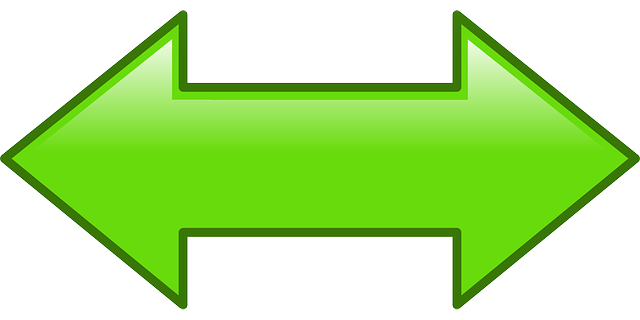 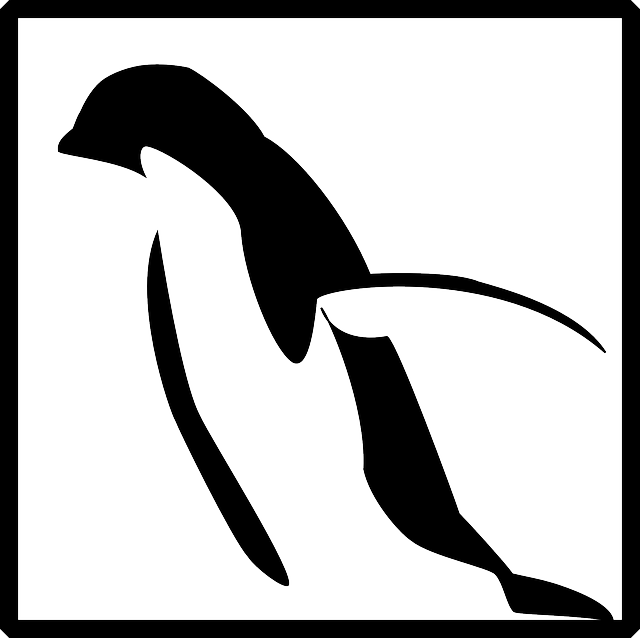 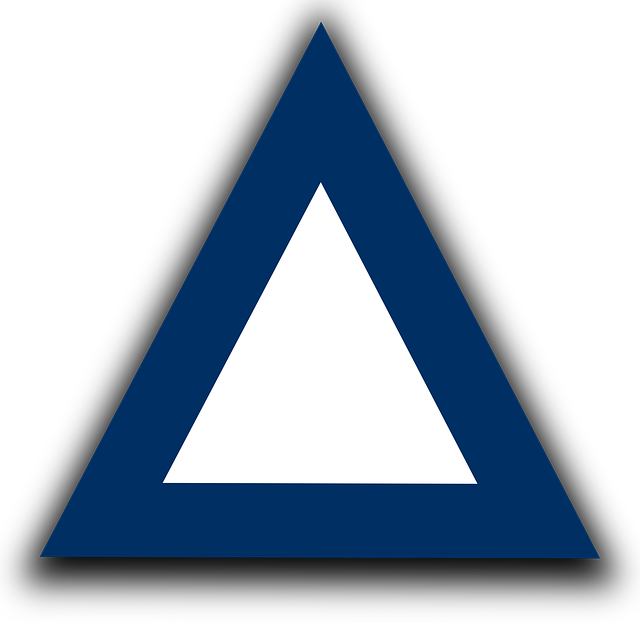 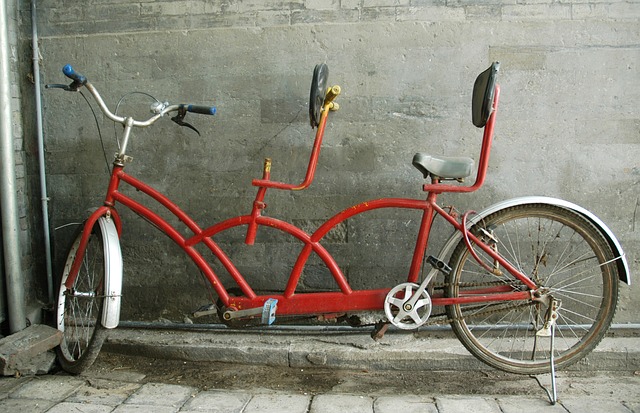 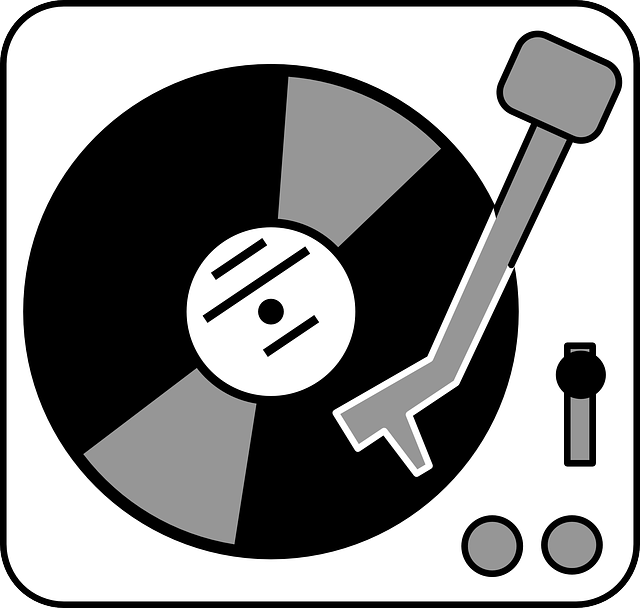 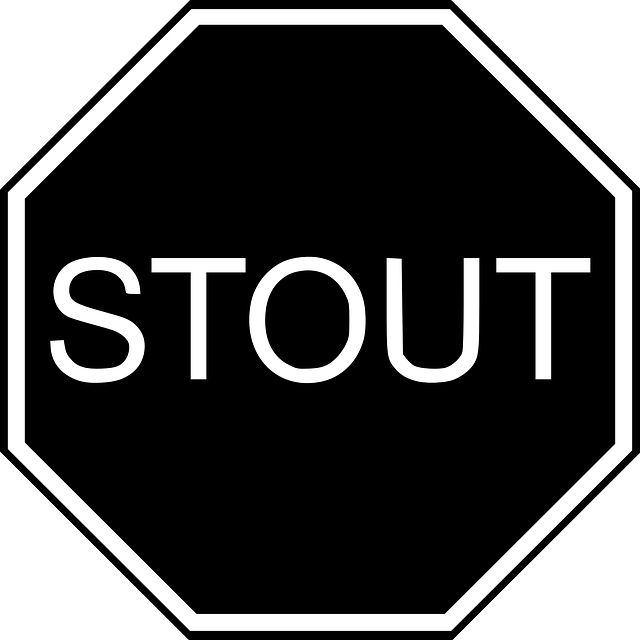 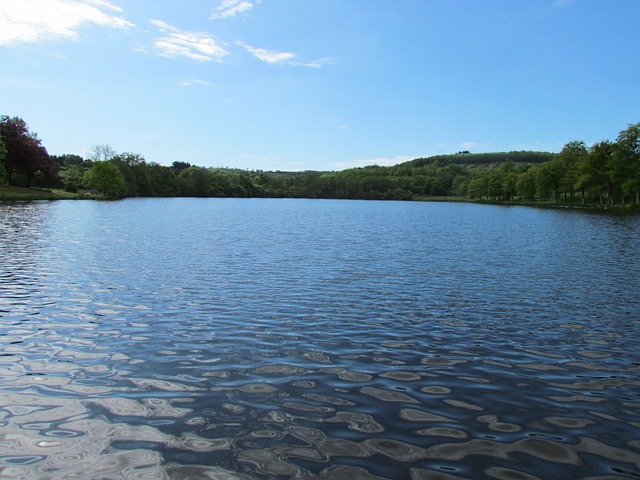 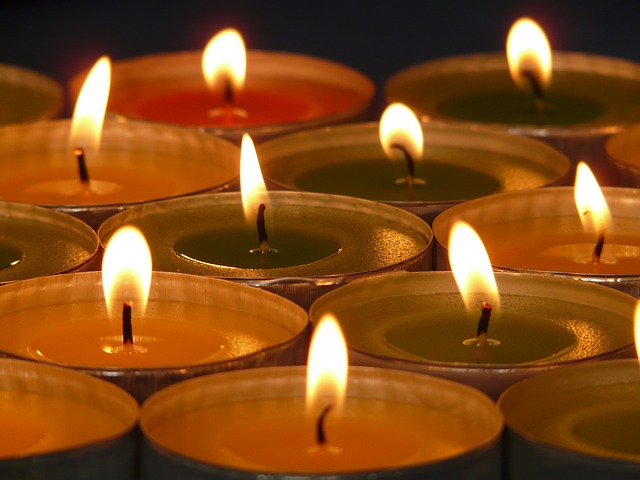 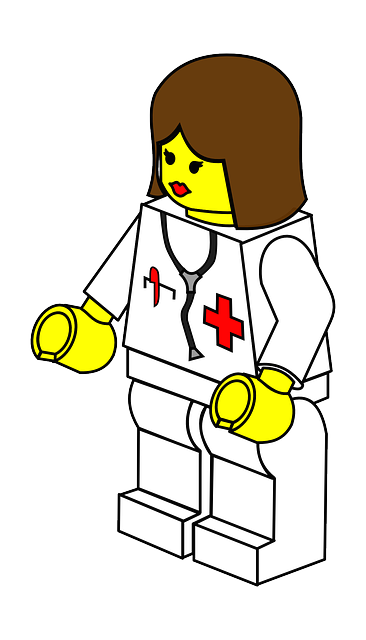 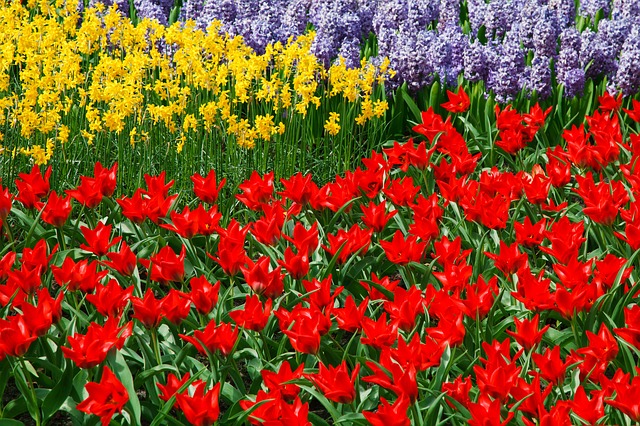 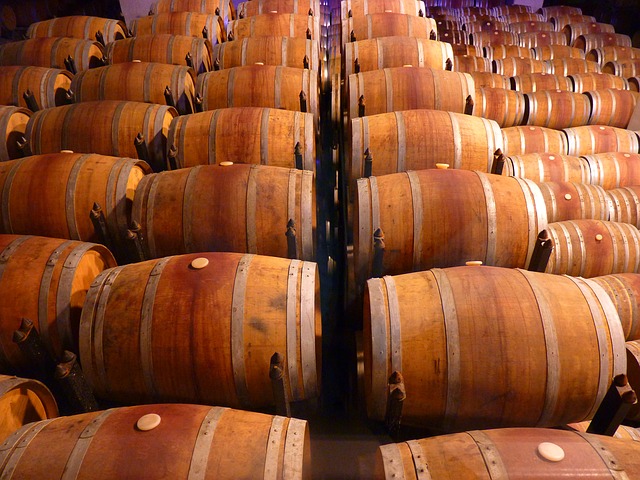 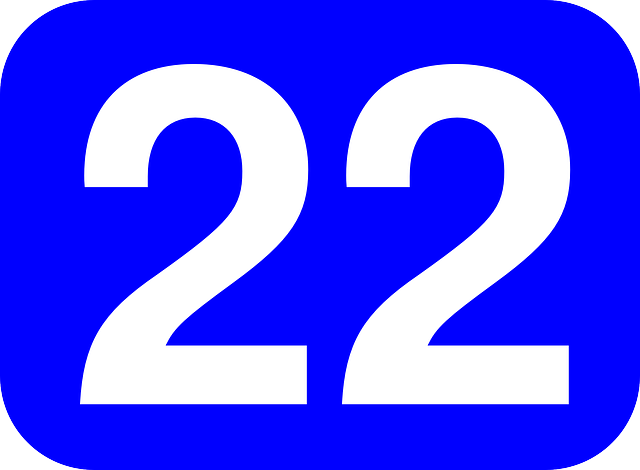 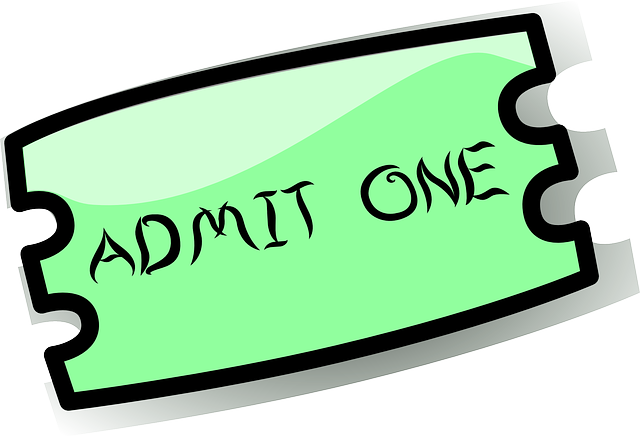